Hot topics
Relocation of the United Nations headquarters to Russia, China or Turkey? 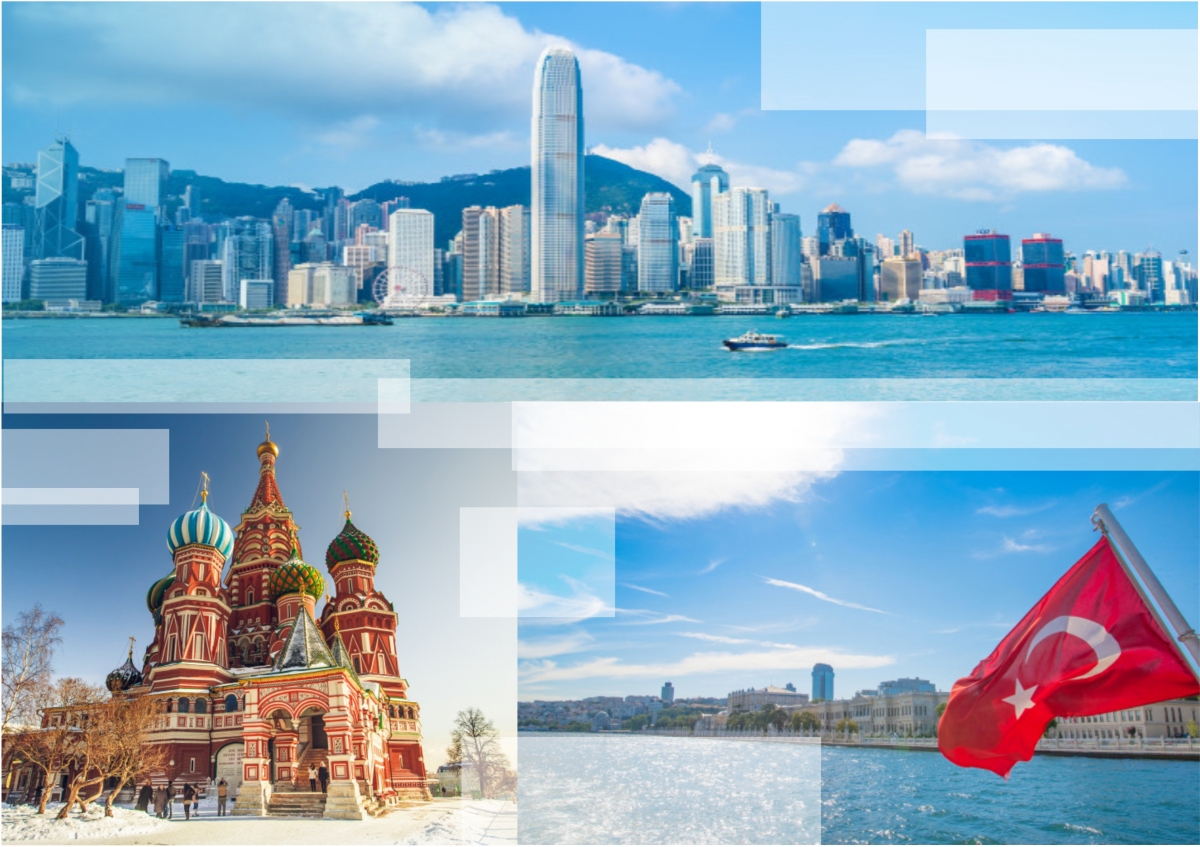 The editorial of “Rusbankrot” website publishes material, prepared by our columnist, lawyer Vladimir Kolokoltsev. He offers an unusual solution to the diplomatic question - Vladimir draws public attention to the vote on moving the UN headquarters from New York to one of the cities of Russia, China or Turkey. We offer the resonant material of the author on this issue for reading.

The topic has been in the air for a long time, and I am glad that the colleagues from the Liquidation and Bankruptcy Bar Association want to open a vote on the transfer of the UN headquarters and do it in a way of a global flash mob.But is there a need to move the UN headquarters from the USA and why to Russia, Turkey or China exactly? Let us make it all clear.

What does the USA have now?

Why the USA is nor suitable for having the UN headquarters? First, the United States of America have denied visas to diplomats and UN mission staff members.In 2019, several dozen diplomatic staff members from different countries, who planned to participate in the UN events, did not get their visas without any reasonable explanations. It means that the diplomats were deprived of the right to express their position on behalf of their countries, which is someway at odds with the UN principles.

If we probe a bit deeper, we will find information, connected with the United States participation in raider seizures of Russian diplomatic property in San Francisco, Washington and New York, and in all kinds of “color” revolutions around the world, not to mention the growing network of military bases (which contributes to the maximum proliferation of weapons), support for non-governmental regimes and the conduct of hostilities in other countries without the consent of their governments and the UN.If we consider the latest conflict in Iran and the murder of General Suleymani, it is worth noting that Suleymani officially enjoyed the diplomatic immunity and had a diplomatic passport.The United States stated that it had eliminated the terrorist, but the terrorists do not have diplomatic passports, which means there was a gross violation of the 1961 Vienna Convention.

There is an introduction of fines against international companies and foreign banks that do not support American policy among the USA’s sins. “Volkswagen”, “Lufthansa” and“Deutsche Bank” companies are among them. The representatives of the companies are keeping silence and paying to the USA, otherwise they will not be able to conduct their activities at all.It is worth recalling the system of double standards in politics and economics, the immigration policy of forced separation of children and parents and secret prisons (whichis not very consistent with the principles of democracy).

We can talk much about the American democracy – the States inculcate this democracy everywhere, starting from Japan in the distant post-war years and ending with the numerous states of the Middle East in the past few decades.However, there is no one thanking the USA for this “democracy”. To summarize, there is practically no such country on the planet where the United States would not violate the peaceful life of citizens (with its own or some other hands) by military operations, sanctions or sabotage viathe Internet.

Based on all this information, we canraisea reasonable question - why should the UN headquarters with all their peace-loving principles be located in such a hostile state that violates all kinds of international standards? By the way, it is worth telling a little about this organization.

Who needs the UN and why?

• Maintain international peace and security and, due to this aim, take effective collective measures to prevent and eliminate threats to peace and suppress acts of aggression or other violations of peace and, by peaceful means, in accordance with the principles of justice and international law, settle or resolve international disputes or situations, which can lead to disruption of the world.

• To develop friendly relations between nations on the basis of respect for the principle of equal rights and self-determination of people, as well as to take other appropriate measures to strengthen universal peace.

• To carry out international cooperation in resolving international problems of an economic, social, cultural and humanitarian nature and in promoting and developing respect for human rights and fundamental freedoms for all, without distinction of race, gender, language and religion.

• Be the center for harmonizing the actions of nations in achieving these common goals.

Now we offer our readers to answer a simple question: does anyone see that the United States corresponds to at least one point from the list above?

Of course, it is necessary to understand that the UN is neither a world government, nor the ultimate truth. It is a mechanism for resolving international conflicts, developing strategies on the problems of modern times and communicating the positions of each country to active UN participants in a transparent format where any citizen of any country can see, how discussions and votes are held in a mode of real time.

The UN is not perfect and sometimes even divorced from life. But it does not mean that there is no need in such an organization. More work should be done to improve decision-making mechanisms to the extent of responsibility for words and actions, so that everyone who shakes a test tube with supposedly weapons of mass destruction knows that if the information, that led to the victims and destruction is unreliable, then the personal responsibility of the person reporting this information will follow as well. It is necessary to include the obligations to pay the compensations to the victims and their families. The duty of the aggressor country is to restore the destroyed infrastructure and housings, not by deploying military bases there, but by financing the restorationand the contractors must be companies not from the aggressor country.

But all these important changes should be started with a simple action. No one should be afraid to say something at the UN meeting because of the fear of disconnection from the payment systems. No one should doubt getting a visa to the place where the UN meeting is taking place. We need to start by changing the address of the UN headquarters and by laying the foundation for a new stage of international relations - a stage of mutual trust and respect.

Where can the UN headquarters be moved?

When choosing a location for the UN headquarters, it probably makes sense to consider the following important points:

A simple analysis of the situation leads to the conclusion that very few countries could fully meet all these requirements. In fact, only Russia, China and Turkey can be not afraid of the sanctions of third parties and function normally in case these sanctions are introduced. But in terms of travel time, the location of the headquarters in Moscow or St. Petersburg would allow most European and Asian countries to spend less time on the road.

The following statements are the explanations for each of the 7 requirements from the list above that explain the possibility of the new location of the UN headquarters in favor of Moscow:

As a lawyerand as a citizen, I hope that the term “International Law” will not become a formal discipline, divorced from life, as some countries with reduced social responsibility try to do. I personally think that by analogy with the traffic laws, there should be laws and rules for international cooperation, which would be strictly observed by all countries, and their violation would be followed by an effective (better monetary than nuclear) punishment.

St. Petersburg and Kazan (they have almost the same advantages as Moscow) might be called alternative cities for the UN headquarters, as well as the cities of China and Turkey that also have independence and high-quality infrastructure for receiving numerous diplomats from other countries.

Since you have read up to these lines, I suggest you not to stand aside and take part in the vote on the choice of a new location for the UN headquarters. This is important both for us and for future generations - diplomats from all countries should have the right for their word at the UN, but limiting the participation of diplomatic missions is a direct violation of human rights and restriction of freedoms, which does not interfere with the principles of democracy.

* The opinion of the author may differ from the position of the publisher.