Journalistic investigation
BERNSHTAM IS INNOCENT: A NEW TURN OF THE “HOME MONEY” CASE 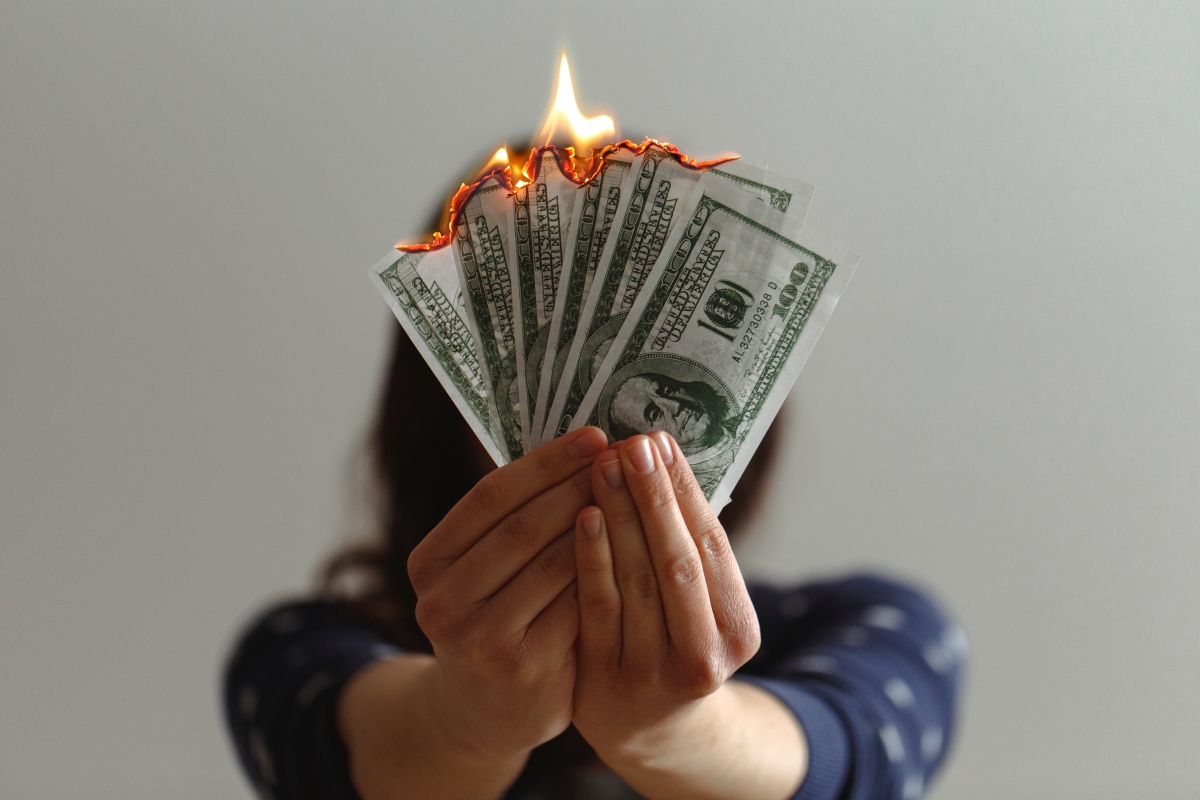 If you google the passphrase "Home Money", the search will instantly give you hundreds of references to this microloan organization, the lion's share of which, by the way, is very negative, if not devastating. The owner of Home Money, Yevgeny Bernshtam, is accused of transferring money to offshore, fraud, as well as deceiving investors and ordinary borrowers. But is everything so simple? And is Yevgeny Bernshtam really the great Moriarty, who has tangled his dark net around the minds and finances of law-abiding citizens?

The notorious “Home Money” organization was established in 2007, soon becoming the leader in the Russian microfinance market. The company was part of the Adela Financial Retail Group, which also included the collection agency Sequoia Credit Consolidation and microfinance organization FINOTDEL for small businesses and entrepreneurs. According to the data for 2018, Home Money worked in 76 regions of Russia, issuing microloans to individuals at a high percentage. To be more precise, customers who contacted the organization for the first time could count on the amount from 10 to 30 thousand rubles at a rate of 0.68% per day. If the appeal was repeated, then the conditions of the microloan improved a little - from 10 to 50 thousand rubles for a daily allowance of 0.54%.

The media called the founder of the collection agency Sequoia Credit Consolidation, FINOTDEL and Home Money, the entrepreneur Yevgeny Bernshtam, whom we have already mentioned. However, according to the extract of the Unified State Register of Legal Entities, Bernshtam is the founder of FINOTDEL and Sequoia, but Home Money was established by the Cyprus limited liability company, Hrouvanta Holdings Limited.

At first, the MFI’s affairs were relatively successful, but in 2012 there was a turning point, which entailed a number of unpleasant consequences. According to the prosecution, at that time several fraudulent acts were committed against several depositors – HM (Home Money) entered into agreements for which the company was not able to fulfill its obligations. After 7 years, based on this fact, persons associated with the Director of the MFI, Yuri Gladstein, making every effort to initiate a criminal case against Bernstam. But let us go a little back.

The general public got to know about the problems of Home Money in April 2018, when the organization defaulted on issued bonds. The management said that this decision was necessary, since a significant part of the securities was supposedly speculative investments, purchased at a discount of 50-70% of the face value. In June, another technical default occurred, and in August, the Deposit Insurance Agency launched the bankruptcy process of the company. At the same time, a claim was filed for the bankruptcy of Bernstam. As a result, at the end of August 2018, the Central Bank excluded the company from the register of microfinance organizations due to “repeated violations of the requirements of the regulator and Russian law,” and Bernshtam was added to the database of persons with an unsatisfactory business reputation.

A series of trials began. On July 9, 2019, a debt restructuring procedure was launched with regard to Yevgeny Bernshtam, which now will take at least six months. It is necessary to note that that the businessman’s property includes stakes in three Moscow apartments, Gazprom shares in the amount of 600 thousand rubles and a collection of figures worth 202 million rubles, which is clearly not enough to pay off the company's billions of dollars. When it comes to “Home Money” company, a monitoring procedure was introduced and a meeting on declaring bankrupt was scheduled for August 27, 2019. S.V. Goncharenko will act as a judge. At the moment, it is known that MFI owed investors about 10 billion rubles.

Most players in the financial market blame a “Home Money” company’s consultant and a member of the board of directors Yevgeny Bernshtam - an entrepreneur allegedly tricked creditors and transferred money through the offshore in Cyprus. Similar information is given at face value by numerous unscrupulous media outlets, however, they do not mention that the Cyprus company Reluzo Trading Limited is not an offshore company. In this case, the money was simply returned to the creditor, who had once invested in Bernstam’s business. It looks like a number of top managers of “Home Money”, who managed to leave the country, took their position by denigrating Bernstam's reputation and introducing a lot of misinformation into the press. After all, the offender often flees from the scene of the committed crime, and the innocent defends his innocence as long as he can. That is exactly what happened to Yevgeny Bernshtam, whose conscientious actions not only led to the decline of his own career, but also had an impact on his personal life - at the moment the businessman is in the divorcing process with his wife.

Let us go back to the events of 2018. On April 24, 2018, Home Money paid coupon income on issues of exchange-traded bonds on the expiration date of the fourth and ninth coupon periods in the amount of almost 140 million rubles. Then, on April 26, the tenth offer should be followed, but literally in a day the MFIs felt all the mistrust of investors who, in violation of all agreements reached with Home Money and the management (who had fled abroad), did not hold back their appetites. On the morning of April 24, the volume of exchange-traded bonds submitted for redemption amounted to 670.5 million rubles, and already on April 25, applications for an amount of another 470 million rubles came to the company. As a result, Home Money should have paid 1.140 billion rubles. The company did not expect such a development of the situation - this was a direct violation of all agreements. Over time, the company would be able to pay the declared amount, but the MFI was not able to issue it at a time. Bernshtam acted as a consultant, but his recommendations were incorrectly implemented by management and, in particular, executive director Andrei Bakhvalov and financial director Ivan Vedeneev. Subsequently, they both started to blame Bernstam. We cannot but mention the fact that the position of the leadership of “HM” was built in such a way that, if there were no problems, they ranked their laurels, if the problems appeared, the “whipping boy” Yevgeny Bernshtam was coming to rescue them. The latter, by the way, could not have foreseen that some of the top managers would commit any bad - faith actions with the company's assets.

Bernshtam helped “Home Money” to manage risk management. But “trying” and “achieving” are two different things. Bernshtam tried to introduce a working risk management system into the company, but management neglected it, which is why MFIs have accumulated too many problem loans. As a result, the company was not ready to tighten regulation of the MFI sector and the supervision of the Central Bank. Speaking of the latter, here is the fault of the Central Bank itself, which did not take a supervisory measure when the first financial problems arose. In addition, according to several large investors, the situation changed due to the fact that competitors tried to put pressure on “Home Money” through the Central Bank, thereby causing major damage to MFI.

Now a situation has changed when all those, who pleaded with “Home Money” to allow them act as investors, claimed that the company’s work was arranged incorrectly. An example of one of the most aggressive lenders is Mr. Aleksey Kozlov, who does not tire of applying to numerous courts.

After the emergence of difficulties at “Home Money”, the media literally pounced on Eugene Bernstam, completely losing sight of another person, who deserves even more attention - mentioned above Top manager of the organization, Yuri Yakovlevich Gladstein.

At the end of April 2018, at the forum of investors, information appeared that for a successfully completed offer of MFI, only Gladstein should be thanked. Some of the users zealously discussed the fact that the director of "HM" allegedly invested his own money in the account of investors, and answered numerous questions from other forum users about providing facts that they were "from the loan agreement". In fairness, we cannot but mention the fact that no documents (or at least fragments of documents) were attached to the messages.

Despite all the virtue of Gladstein actively discussed at the forum, after the start of the “mess” he quickly sold out all his property and moved to Israel. Probably he had something to hide. When it comes to Bernstam, he ended up at the Institute of Cardiology, and then did not hide and remained in Russia in order to pay off his creditors (although he also has an Israeli passport). His wife, Elena Bernshtam, was worried about the debts not less than her husband — she began selling her sable fur coats and expensive sheepskin coats in order to somehow pay off investors.

Considering this information, we make a logical conclusion that Bernstam is worried about his reputation and is struggling to maintain an honest name in order to continue to live and work in Russia. By the way, his children and grandchildren also did not leave the country, and the entrepreneur himself cherishes the dream of paying off creditors and embarking on the path of new projects and investments.

On February 28, 2019, the monitoring procedure for “Home Money” was introduced, Ilya Gabitov was claimed an appointed interim manager, who managed to remove Yury Gladstein from the post of head of the company in a Moscow court. Now this place is occupied by Denis Evgenievich Soloviev, thereby violating the rules for appointing the heads of MFIs. According to the charter of the company, the Leading manager is appointed by the board of directors, and the board recommended a completely different person - the former financial director Andrei Bakhvalov. He is known in narrow circles for his many gray schemes. Perhaps in this whole story Bakhvalov is a true gray cardinal. He could not be unaware of the company’s ins and outs.

But let us once again return to Gladstein - why was he removed? There are three official reasons for this, which are: hiding accounting records, non-transfer of property of MFIs to a temporary manager and failure to fulfill assigned duties. Gladstein, nevertheless, failed to get out of the water; on September 3, 2019, a court session will be held to bring him to subsidiary liability, together with Evgeny Bernshtam (initiated, again, by Alexei Kozlov).

One way or another, the true causes of the bankruptcy of the holding will be clarified for a long time. Yes, all Bernshtam’s property will be used to pay off debt to creditors, but we hope that, unlike money, the entrepreneur’s reputation will remain with him, and the business community will finally open his eyes to the whole situation and stop blaming one person, chosen by the others for the role of the scapegoat.