ERDOGAN WILL SUE CHARLIE HEBDO MAGAZINE FOR A CARICATURE 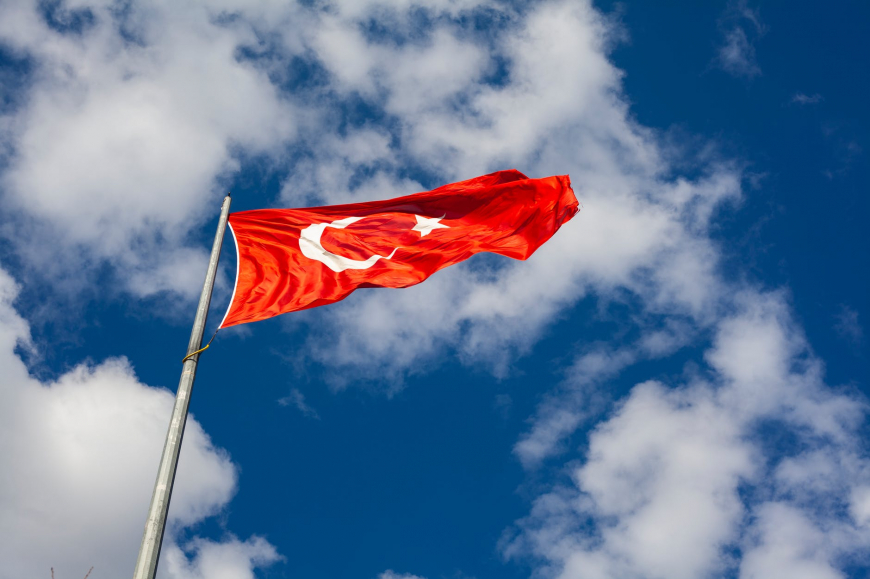 The day before, it became known that a lawsuit was filed with the Ankara Prosecutor's Office on behalf of the Turkish President. The reason was the cover of the French magazine Charlie Hebdo, on which Recep Erdogan is depicted half-dressed and raising the dress border of a woman-servant.

The lawsuit indicates the opinion that the publication of the cover disgraces the honor and dignity of the Turkish president, and also does not meet the requirements of freedom of speech and moral and ethical principles of journalism.

The prosecutor's office has already begun an investigation. At the same time, the aggravation of relations between the two countries took place shortly before the appearance of the scandalous cover.
Emmanuel Macron, speaking about the murder of a French teacher, indicated that the deceased became the face of the republic and France will continue to defend the freedom taught by the murdered Samuel Pati.
The tragedy occurred after one of his lessons, when Pati decided to illustrate the freedom of speech to the students by showing them caricatures of the Prophet Muhammad. He asked the students who might have got offended to leave the classroom, but one student remained and began to argue with the teacher. After that, he removed her from classes, and the girl's dad made a video, calling to deal with the teacher. As a result, the 18-year-old Chechen responded to the call and beheaded the teacher with a kitchen knife in his home. The incident caused a wide public outcry in France.