TERRORIST ATTACK IN NICE: WHY DO ISLAMISTS THREATEN FRANCE? 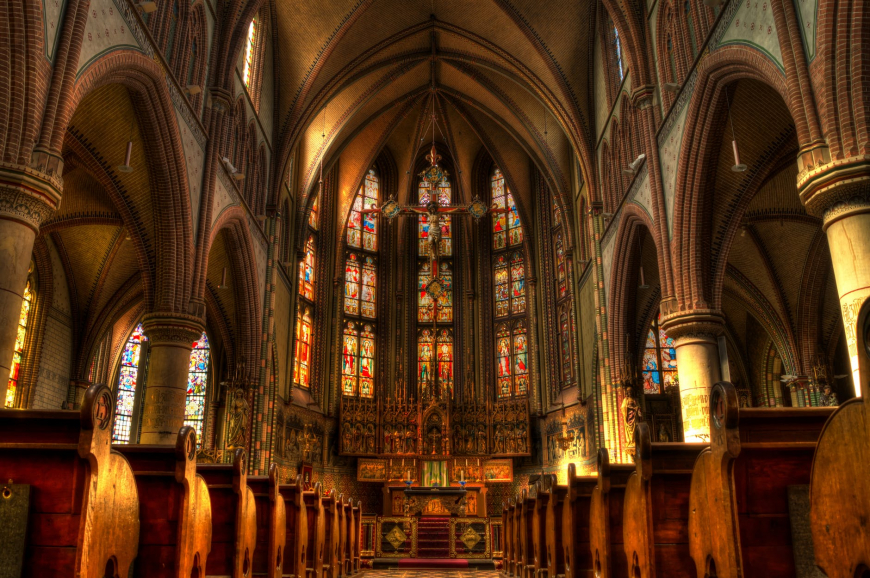 France found itself in the face of a large-scale terrorist threat - the authorities of the republic came to such a conclusion, reacting to the events that took place in Nice on Thursday morning. An unknown assailant attacked the people who were in the Christian cathedral of Notre Dame, as a result of which three people were killed and six more were injured.

The Mayor Christian Estrosi was one of the first to call the incident a terrorist attack. He reported that the person who attacked the parishioners with a knife in his hands repeated the phrase "Allahu Akbar" used by Muslims during prayer throughout the event. Reconstruction of the event subsequently made it possible to establish that the first murder was the death of an elderly woman, whose throat was cut by the attacker.

The second victim was a church officer, who unsuccessfully tried to stop him and was fatally stabbed.

The third victim was a parishioner who tried to run out of the cathedral and take refuge in a cafe near the basilica. After the killer caught up with her, he made several stabs, which also were fatal.

The French police, who arrived almost at lightning speed at the call of the local residents, ordered the attacker to throw a knife, but after his refuse, they opened fire to kill. It is known that the offender was seriously injured and subsequently taken to a local hospital, where doctors are trying to save his life. Other people, who were injured from stabbing, were also taken there.

By the decision of the French Prime Minister Jean Casteks, the maximum level of the threat of terrorism has been declared throughout the republic.

The meeting of the Defense Council, promptly convened by President Emanuel Macron, who immediately went to Nice, accompanied by representatives of ministries, is to be held on October 30. The anti-terrorist operation "Vigipirat", announced in France, includes not only the work of law enforcement officers, but also the military.

It is already known that all the Christian buildings on the territory of the state are closed and guarded. On the same day, at 15-00 local time, bells rang in all cathedrals in France, honoring the memory of the dead - the decision was made by the Confederation of the French Bishops.

The act of violence was condemned by both representatives of Christian churches and various Muslim communities.

The French Council of Muslim Faith has called on the followers of Islam to abandon the celebration of the birthday of the Prophet Muhammad. The triple murder, committed in Nice, was also condemned by the head of the spiritual assembly of Muslims in Russia, the capital's mufti Albir Krganov. The head of the Russian Orthodox Church, Kirill, addressed the words of condolences, calling the incident a "monstrous atrocity."

It is already known that on the same day in Avignon, the police shot and killed an intruder who tried to attack passers-by. This happened a few hours after the tragedy in Nice, experts tend to assume that the actions of both attackers are interconnected. Another man with a knife in his hands was detained on the same day near the Lyon train station. On the territory of Saudi Arabia in the city of Jeddah, a guard, blocking an unknown attacker from entering the French consulate, was injured this Thursday.

Experts are inclined to consider the murder of October 16, committed by a Chechen terrorist in Conflans-Saint-Honorine, as the beginning of the chain of events.

An 18-year-old boy killed a teacher who showed caricatures of a Muslim prophet at school. Then, immediately after the incident, the President of France announced his desire to defend freedom of speech to the last and build "enlightened Islam" in the country. The Turkish president criticized his words, which greatly aggravated relations between states. The mufti and the leader of the Chechen Republic also made negative comments about the French leader.

We should recall that the day before, the French magazine Charlie Hebdo published a caricature of Erdogan, in which the Turkish president is depicted half-dressed, raising the dress border of a servant woman. The drawing provoked violent indignation from the Turkish side, and Erdogan himself went to court, since the publication discredited his honor and dignity.