DEBTS OF THE US OIL COMPANIES REACHED TOP RECORD LEVELS 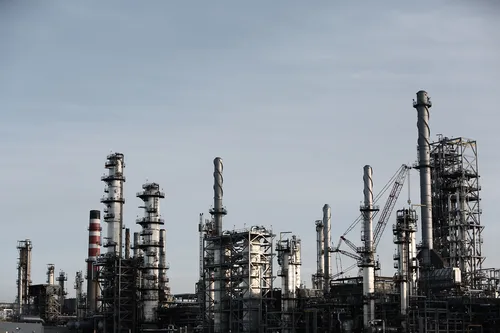 The debt of American shale oil producers over the past period, as the analysts say, is $ 19 billion higher than the indicators of the 2016 "crisis", when 142 companies of the US went bankrupt.

According to the experts of Rystad, the level of prices in the oil and gas market will force even more companies to go bankrupt, and the total volume of bankruptcy debt this year will be more than $ 100 billion.

Similar information is provided by the experts from Haynes and Boone, a legal services company. Debt of the industry rose by $ 34 billion, according to the number of insolvency petitions, filed in the 3rd quarter. Most of the bankrupts are the companies operating in the services (OFS), exploration and production (E&P) sectors. An insignificant part of the bankrupt companies is occupied by the enterprises for the transportation, processing, storage and collection of hydrocarbons.

Analysts at Haynes and Boone note that the number of bankruptcy petitions in the oil and gas industry has not yet reached the record number, as it did four years ago. However, these were mostly small businesses, the debts of which did not turn into billions.

In 2020, the situation is different, as the large players come to ruin, and the volume of their debts is much higher.

For example, in the third quarter, the most significant debt was the debt of the well-known oil and gas companies: California Resources ($ 6.3 billion), Nobel Corporation ($ 3.9 billion), Hi-Crush Inc. ($ 3.8 billion), Chaparral Energy ($ 3.5 billion), Denbury Resources ($ 2.5 billion), Oasis Petroleum ($ 2.3 billion). As a result, as the researchers note, the total debt of 12 bankrupts, exceeding $ 2 billion each, is three quarters of the total debt in the industry (about $ 67 billion).

Many bankrupts (for example, the Chesapeake Company) use the hydraulic fracturing method in their work. Others are trying to modernize oil production using old oil fields (Denbury Company) or are engaged in offshore drilling.

Experts note that the number of bankruptcies of companies in the industry will continue to grow in the future, despite the active intervention of the US Federal Reserve System, which has allocated about $ 3 trillion.

Money was thrown into the market to create positive lending conditions, while over the past 4 months, 10 largest companies have bought the competitors’ companies. However, this trend of mergers and acquisitions is unlikely to become a regular trend, note the sources. Even with favorable lending conditions, investors are not willing to take significant risks, finding themselves in the same queue with the shareholders and creditors of bankrupt enterprises.